Home » All Recipes » Korean Barbecue Pizza with Tofu and Maitake 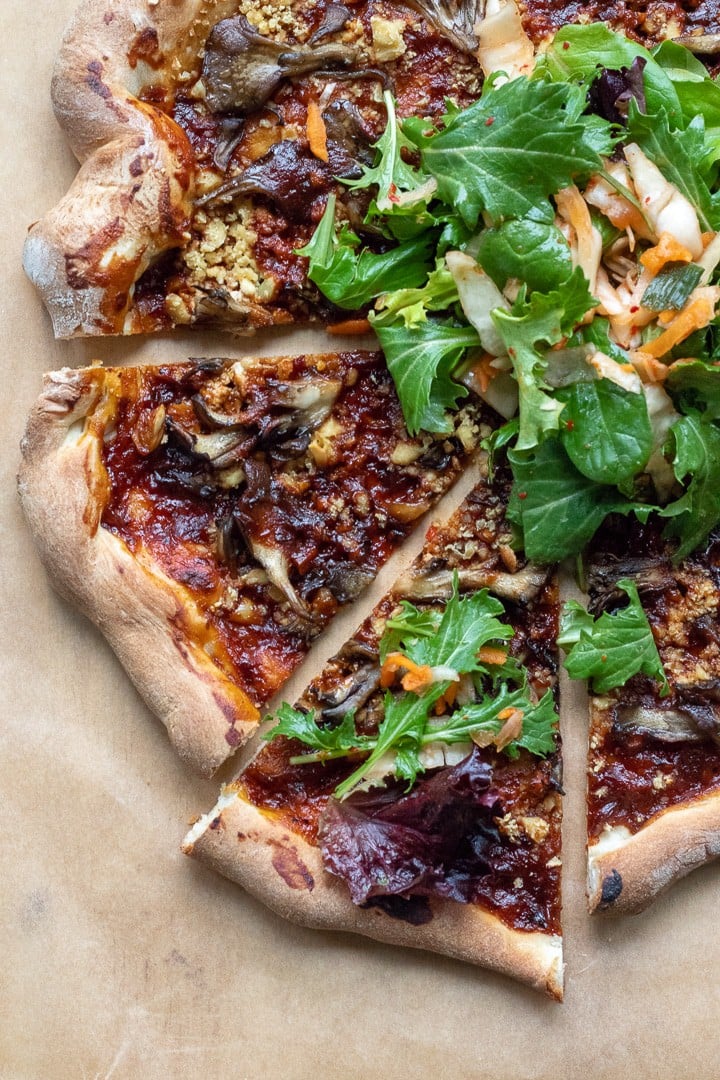 Sweet, salty, tangy, and spicy, this Korean Barbecue Pizza with Tofu and Maitake is a fun and flavor-packed twist on pizza night! Hopefully the name of the recipe isn't misleading. I mean, obviously we're not doing traditional Korean BBQ on a vegan blog. What we are doing is taking one of the world's most flavorful sauces and adding it to basic pizza dough. Then we're topping our pizza with crumbled tofu, sautéed maitake mushrooms, and a crisp kimchi-arugula salad. 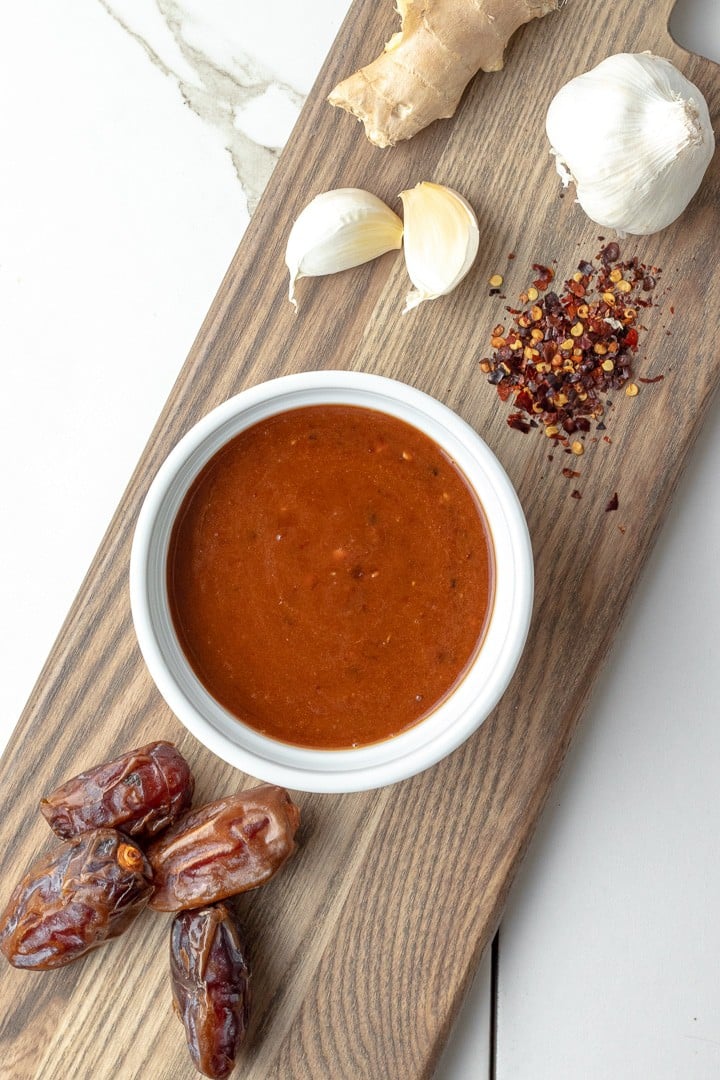 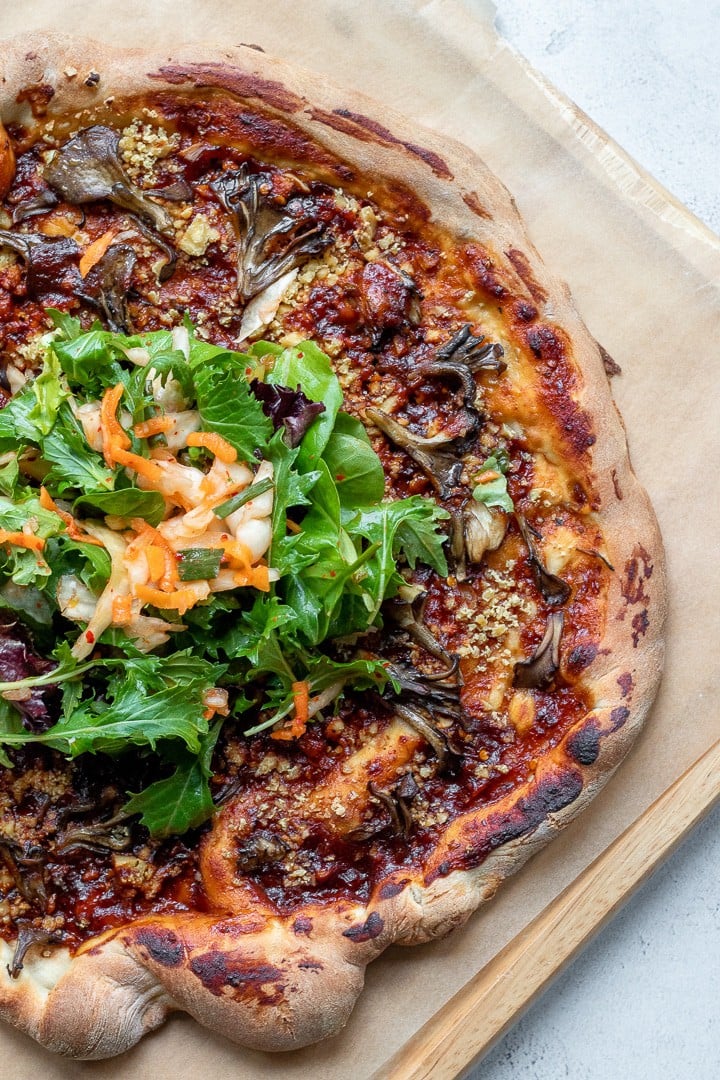 Though this recipe isn't difficult to make, it does require several steps and a bit of time if you make your own dough, but it also allows for plenty of short cuts. Here are a few ways you could speed up the process: 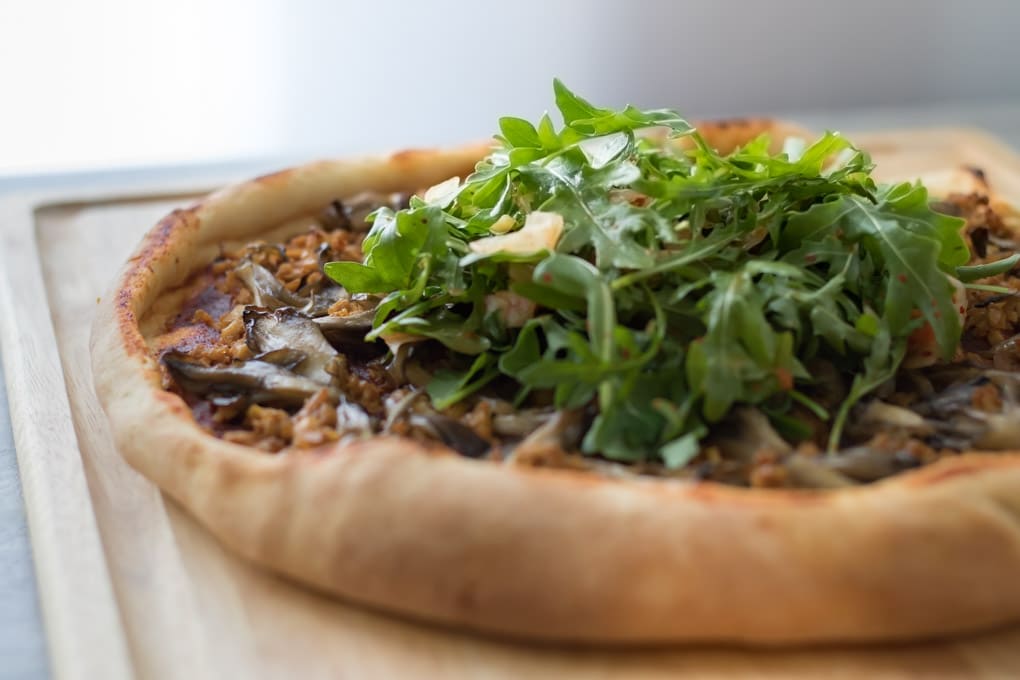 Thick vs. Thin Crust and the Balance of Salt

You may have noticed a difference in these photos (besides the lighting), as in, thick vs. thin crust. We've made this pizza several times and have tried it both ways. For this particular recipe I would say crust style is a personal preference. The sauce flavors are strong enough to stand up to thick crust. Of course, the nice thing about thin crust is that you get TWO pizzas from a batch of dough instead of just one.

I'm inclined to give a warning about thin crust, though..... if you go with a VERY thin crust pizza (which we did once), I recommend reducing the soy sauce to 1/3 cup (noted in the recipe). Without as much dough in each bite, the sauce is very salty when using the full 1/2 cup of soy sauce. Just something to keep in mind. The sauce to crust ratio is a bit of a balancing act. 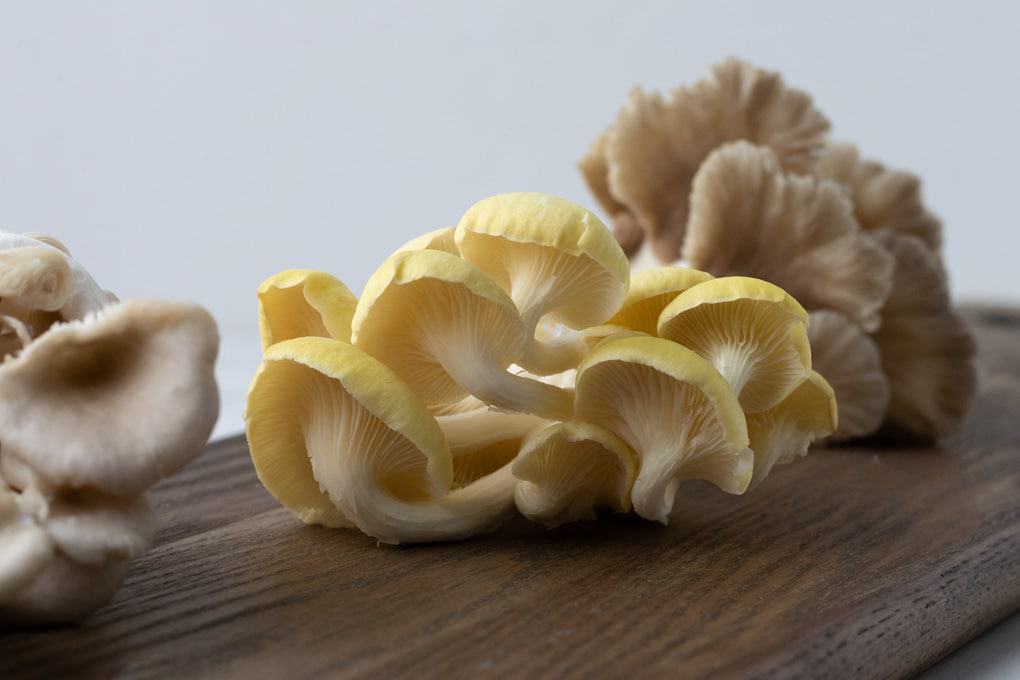 The first time I made this pizza I used maitake mushrooms purchased at the grocery store. But the second time, we used these beautiful golden oyster mushrooms (and some maitakes) we came across at one of our local farmers markets. There's a regular vendor at the North Asheville market called Myco-Gardens, and one Saturday morning she had this gorgeous assortment. Aren't they magical?

Really, you can use any mushrooms you like on this pizza. The only critical part is that they're briefly seared in a pan first. This allows their moisture to release and evaporate instead of creating watery pools on top of your pizza.

One other note on flavor: don't skip the kimchi and greens salad! The contrasts that happen between the salty and acidic kimchi, rich sauce, and bready dough are what put this pizza over the top. Plus, raw greens are good for you! If you don't have arugula you can substitute another green, such as baby kale or spinach. 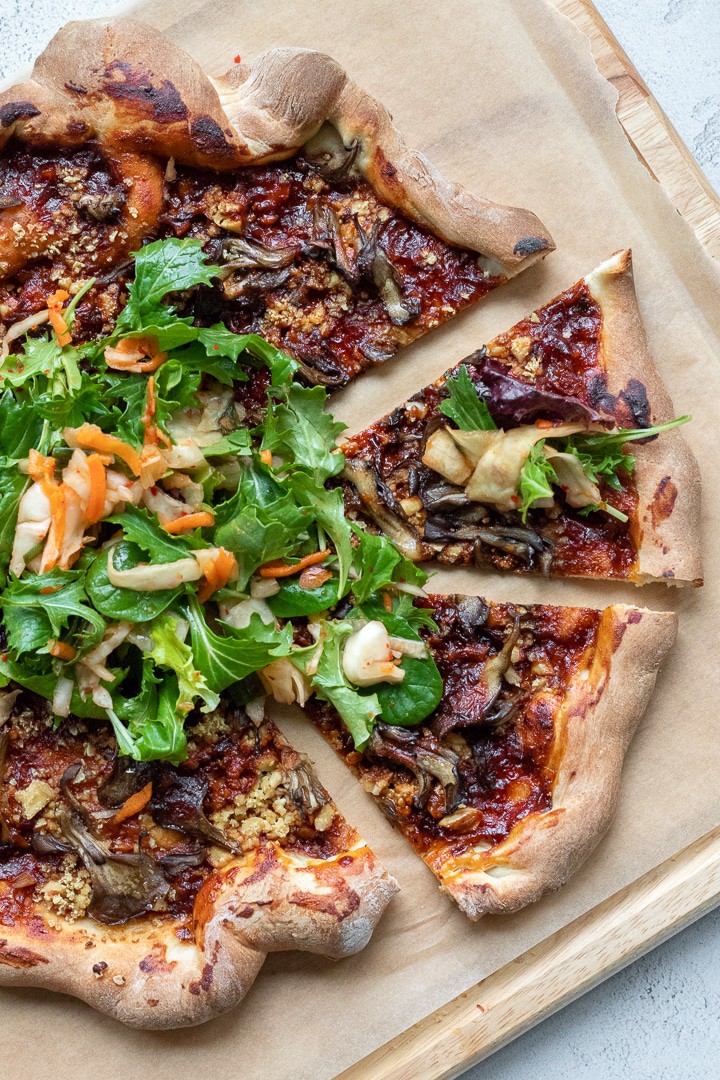 I hope you enjoy this Korean-inspired vegan pizza with tofu and maitake mushrooms. If you try it I would love to see a photo on instagram! Just tag @myquietkitchen. You can also rate the recipe below and leave a comment here to let everyone know how it turned out. 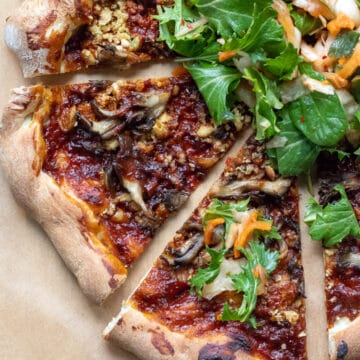 For the bbq sauce:

For the kimchi salad:

Makes one 12 inch pizza. Leftovers can be refrigerated up to 5 days. Reheat as you would with any pizza. Nutrition calculated for thin crust.

I use affiliate links on the Resources page of this website and occasionally in individual posts. If you click through these links and make a purchase, I may receive a commission at no additional cost to you.