Creamy, sweet, vegan fudgesicles kicked up with a few ounces of Kahlua. Is there a more perfect after dinner treat? 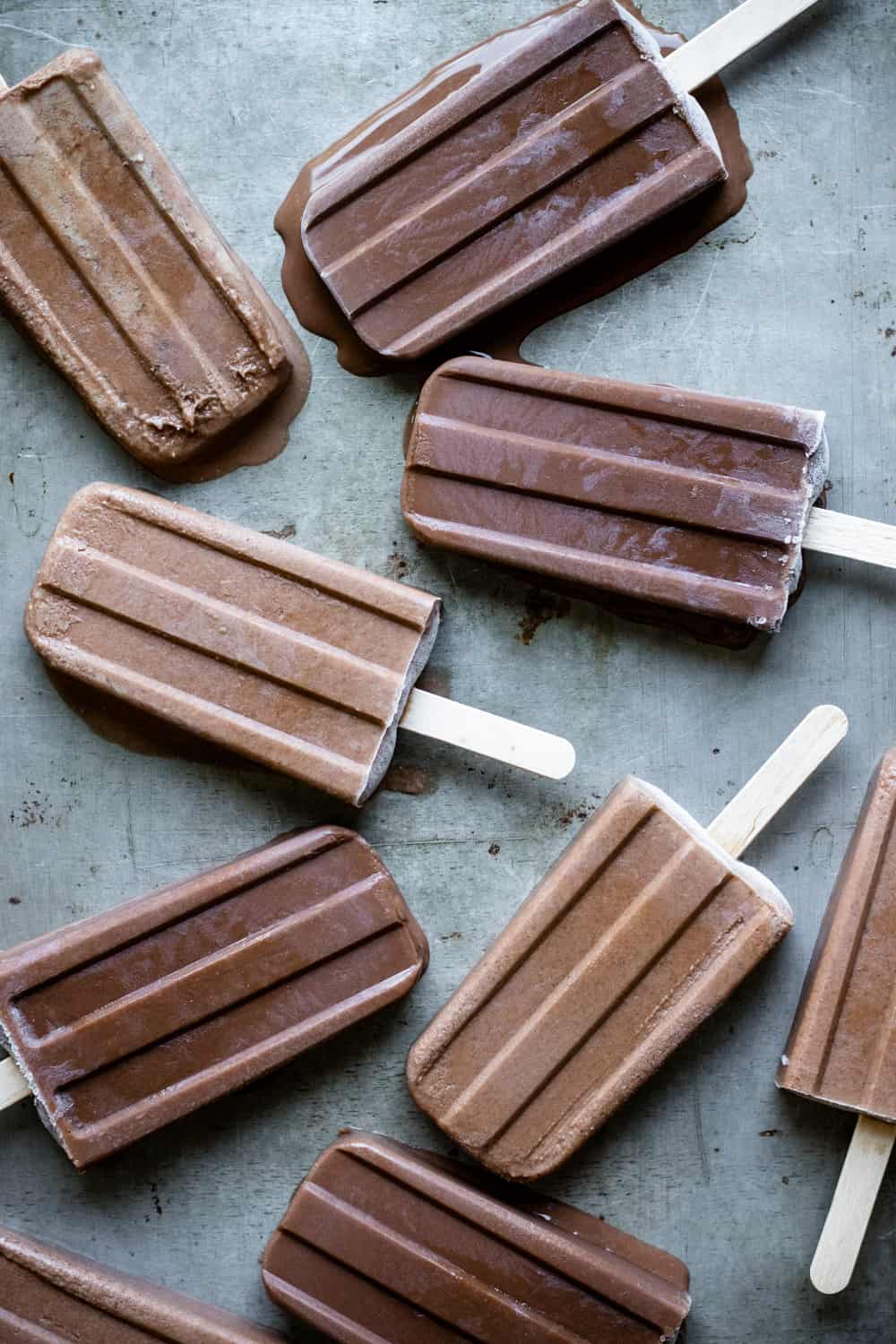 Hey, guess what. It's July. And I'm in the South. So it's hot! But for some reason I'm falling behind this summer on my popsicle making. Last year, we frequently enjoyed these coconut milk popsicles, mango cardamom and blueberry yogurt. So this year, I thought I'd get into chocolate territory with these homemade Kahlua fudgesicles! 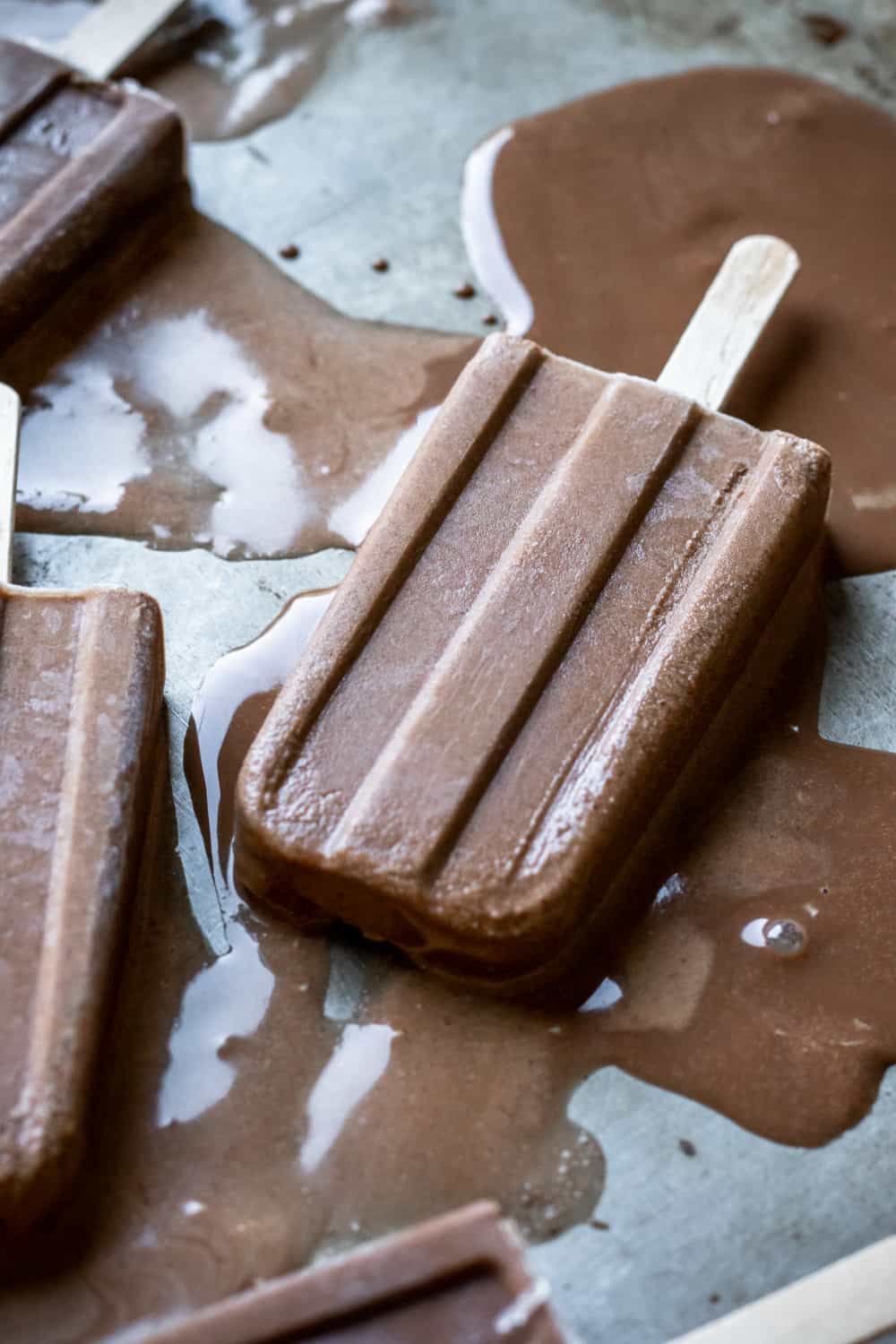 Making these Vegan Kahlua Fudgesicles is an easy process that starts out in a sauce pan, sort of like making pudding except with less corn starch. If you're making the fudgesicles for a special occasion, just be sure to allow at least 6 hours for them to freeze. 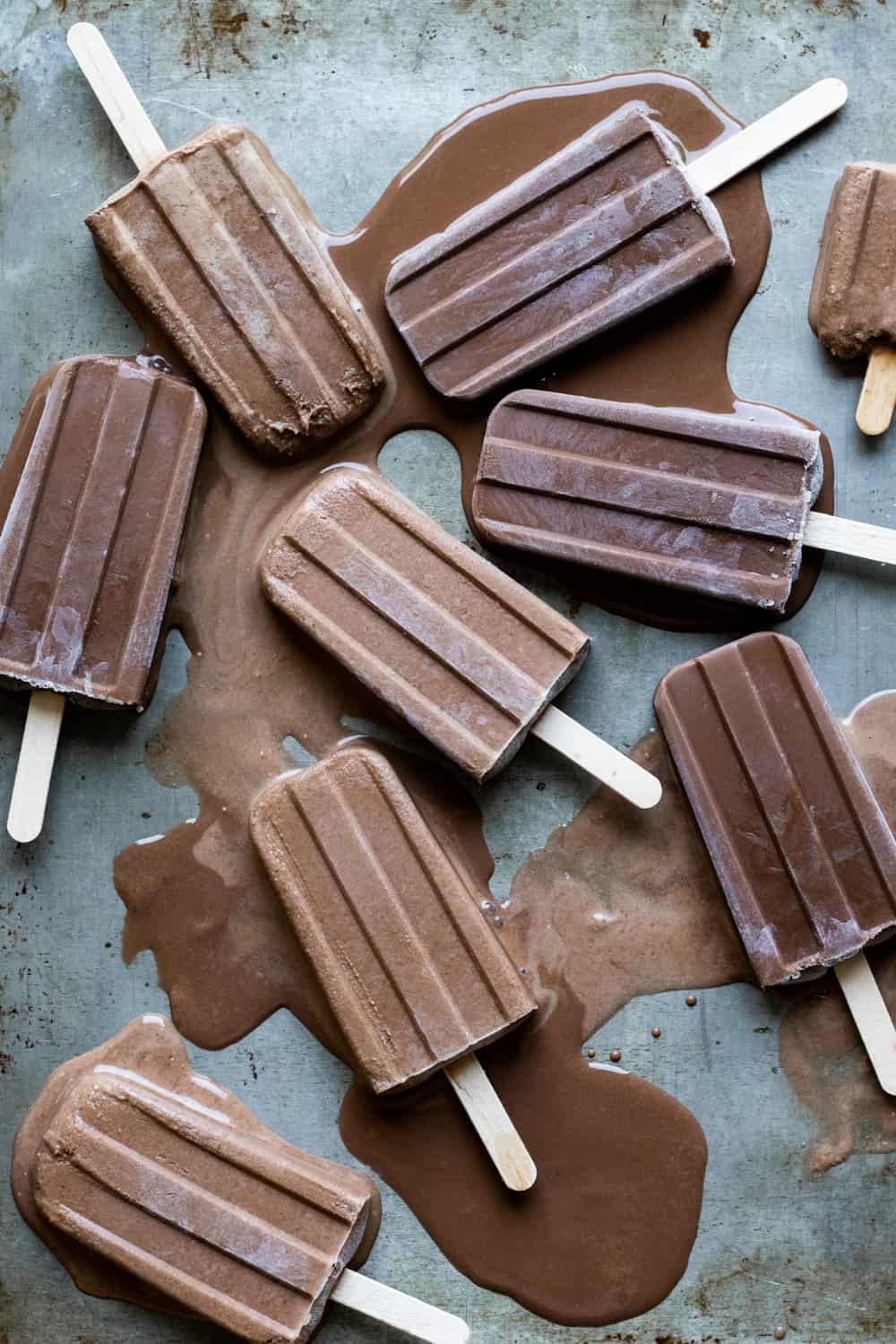 You'll find all the info you need for making these fudge-y pops in the recipe card below, including notes on storage if you don't plan to serve them right away.

I hope you enjoy these Vegan Kahlua Fudgesicles! With just a little bit of planning ahead you can have a healthier treat than the store-bought variety. And whether you include Kahlua or not, I think you'll love these creamy, rich, and chocolatey 100-calorie treats! 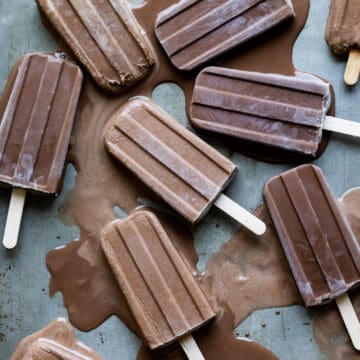 If you prefer a Kahlua-free fudgesicle:
Storage: After removing fudgesicles from mold, wrap with wax paper, place in an airtight container or storage bag, and return to freezer. If the fudgesicles are starting to melt, place on a parchment-lined baking sheet and freeze until solid again. Then transfer to a freezer-safe container or gallon bag.

This site uses Akismet to reduce spam. Learn how your comment data is processed.

I use affiliate links on the Resources page of this website and occasionally in individual posts. If you click through these links and make a purchase, I may receive a commission at no additional cost to you.