Jump to Recipe
As I type, Hurricane Florence is charging toward the Carolinas. It feels odd to wax poetic about ice cream when a million people are evacuating the coast, and "the storm of a lifetime" looms over our state. So, I don't think I will. This is going to be a different sort of post today.

I want to take the opportunity to address some man-made issues that threaten our state each time we have natural disasters involving heavy rains and flooding. And I'm not talking about climate change, in general. 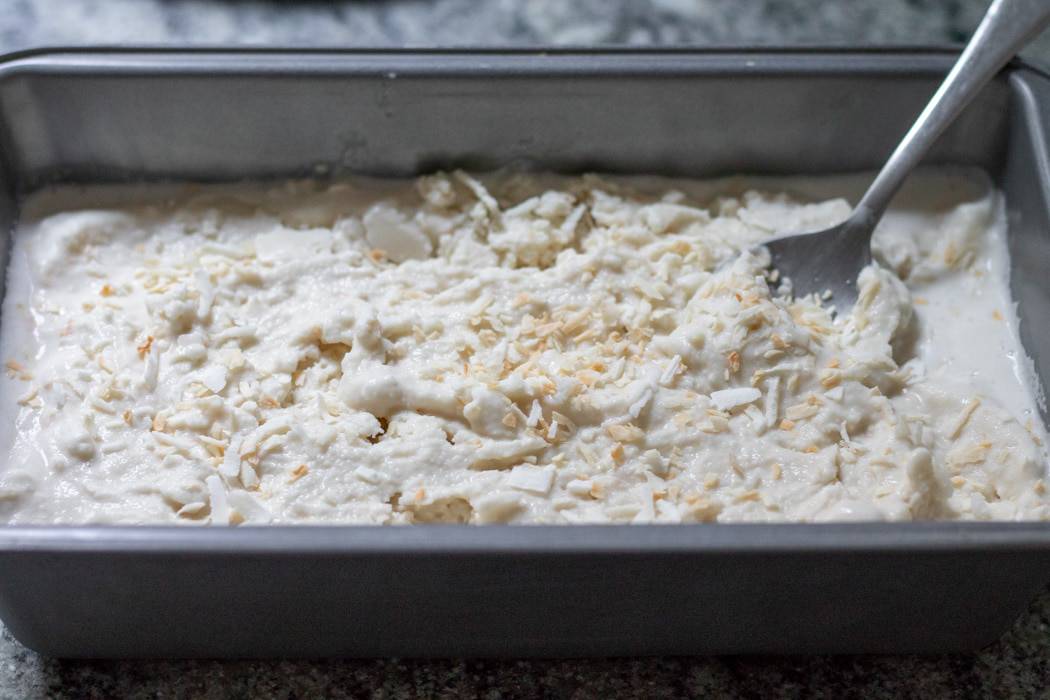 Before moving to North Carolina five years ago, I didn't know much about the state. I didn't know about the issues surrounding the coal ash storage sites dotting the map, and the controversy surrounding utility-provider Duke Energy's poor management of these sites. This becomes even more threatening during sever weather. I've also learned about devastating spills in recent years, which contaminated waterways, and which no doubt continue to impact wildlife, nearby communities, and the water consumed by humans.

I also didn't know that North Carolina is the number one producer of turkeys in the country, ranks third in production of chickens, and is home to more hogs than any U.S. state other than Iowa. In fact, we the people of North Carolina are nearly outnumbered by hogs at any given moment. Thanks to news coverage following recent lawsuits against Smithfield, and documentaries like What the Health, there has been an increase in awareness about the problems surrounding hog production here, specifically in Duplin County, NC.

During Hurricane Florence, the threat that flood waters might overrun the many lagoons of hog manure, or that the lagoons themselves have not been emptied enough to hold the amounts of rainfall on the way, are serious concerns. As recently as 2016, fourteen lagoons flooded during Hurricane Matthew, carrying untreated waste into the rivers. On a somewhat positive note, after Hurricane Floyd hit in 1999, the state actually bought out some hog farmers who were operating in flood-prone, low-lying areas and shut them down. In other words, the environmental damage from Matthew, and every storm since Floyd, could have been worse. 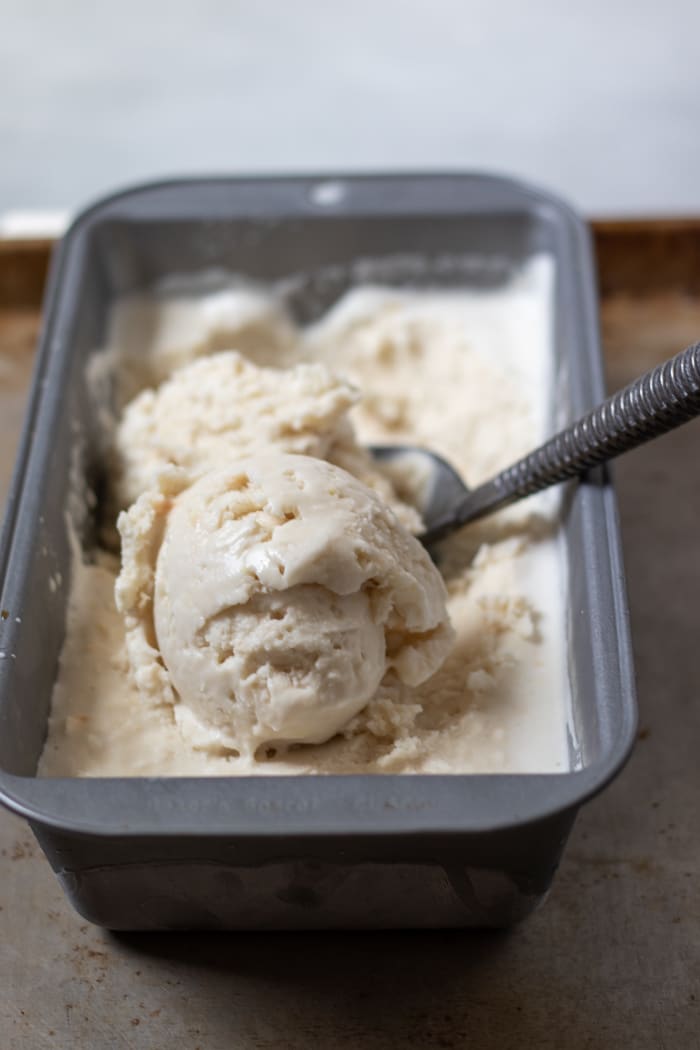 And now here's a photo of some delicious ice cream!

Odd juxtaposition in today's post, I know. But I hope you can appreciate my desire to briefly touch on these issues. Knowing Hurricane Florence will make landfall within the next 48 hours creates a sense of focus that's hard to ignore. I feel grateful that communication has been thorough and effective and that evacuations seem to be going smoothly. Here in the western part of NC, we're expecting heavy rain, areas of flooding, and if past storms are any indication, widespread power outages. 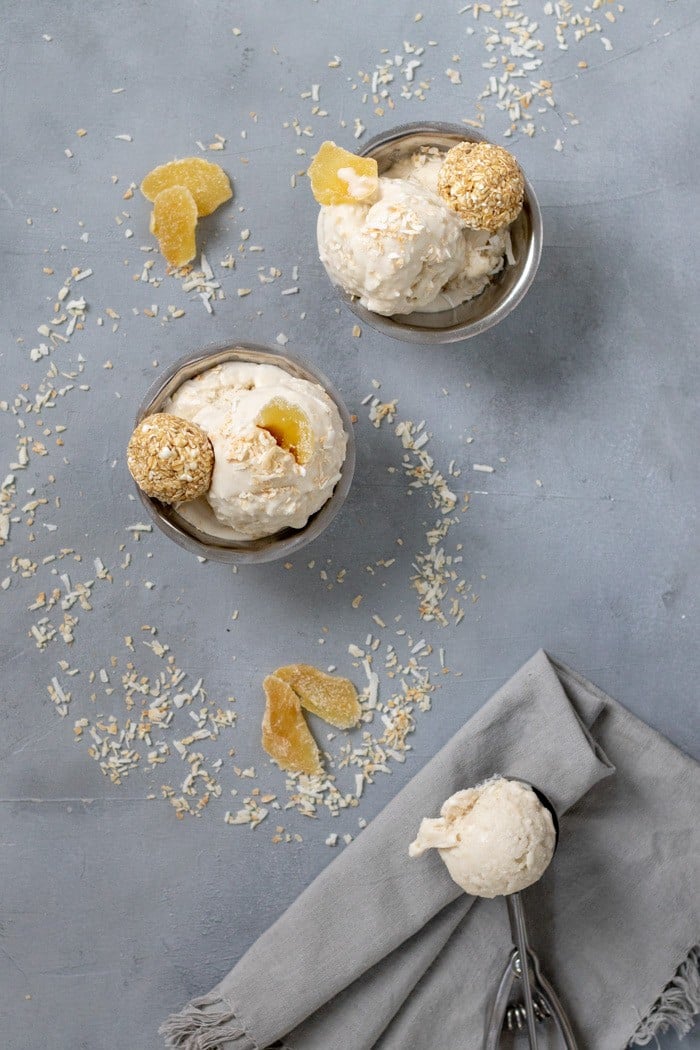 On the topic of animal agriculture, moving away from consuming animals is something we can only decide for ourselves. No one can force you to eat fewer animals. Only you can make that decision. And until more of us do, factory farms will exist. But don't feel hopeless or overwhelmed. As consumers, we have more power than we realize, and each and every time we choose beans and vegetables over meat, dairy, or eggs, we send a message. And we make a difference. 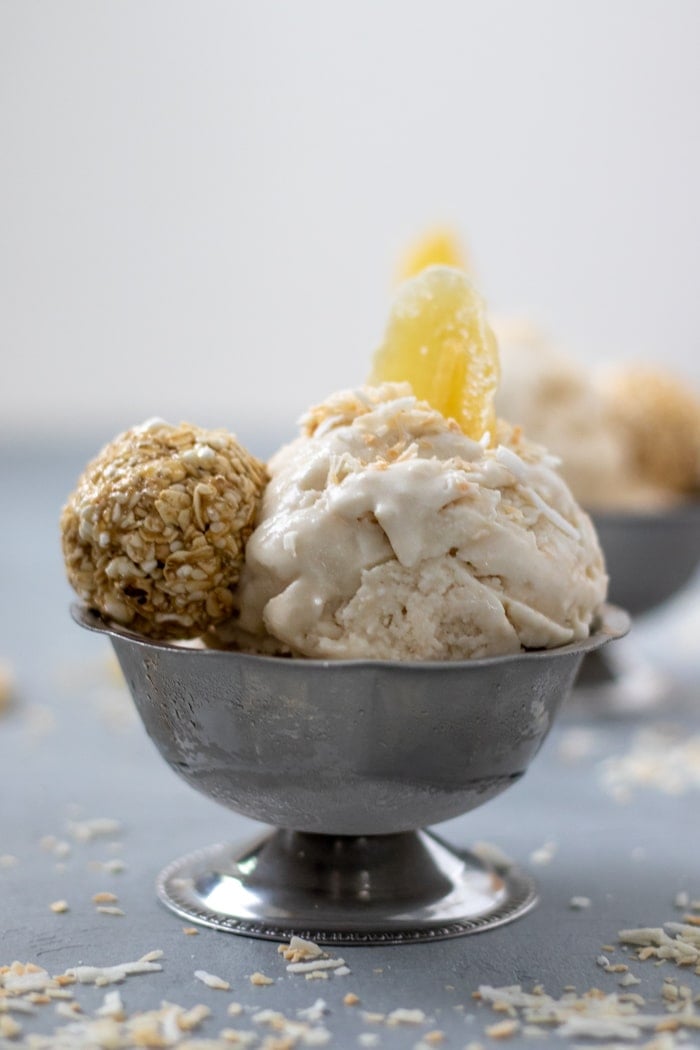 I'll leave you with the recipe now. I came up with the idea for this decadent treat a couple of weeks ago, just before Labor Day weekend. If you know much about me, you know this isn't the sort of thing I make very often. But I was celebrating my 7th vegiversary, as well as the blog launch, and wanted to create a "special occasion" treat for Mark and myself. I also wanted it to be a good addition to the blog. Since the weather has still been plenty warm and humid here in Asheville, ice cream seemed in order.

Feel free to omit the ginger and/or toasted coconut if you're not a fan or if you simply want plain coconut milk ice cream. The kitchen is your playground!

If you try this recipe I hope you enjoy it as much as we did, and remember, I would LOVE to see a photo of your creation! Tag @myquietkitchen on instagram or share your comments here on the blog anytime.

Thanks for being here. 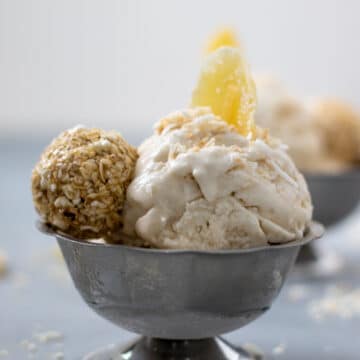