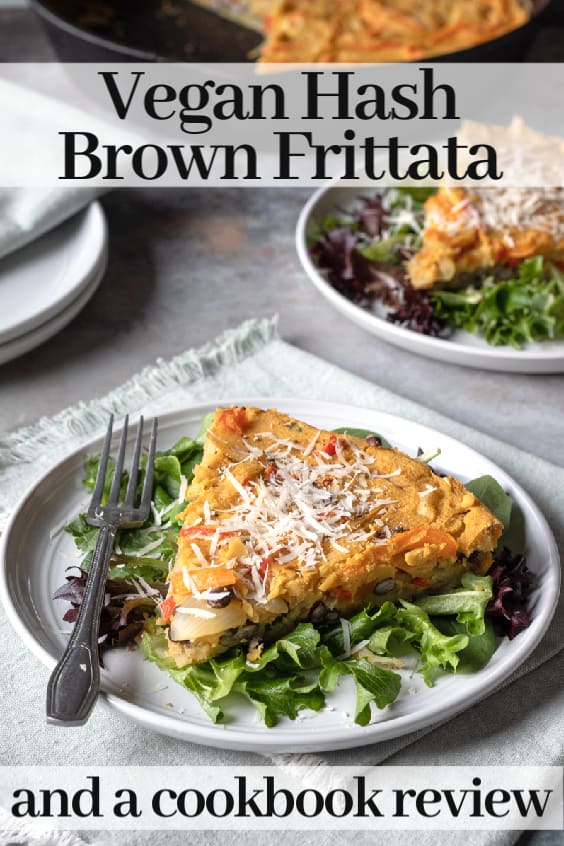 This protein-rich vegan frittata is made with a hash brown crust, black beans, peppers, and onion. It's loaded with flavor, perfect for meal prep, and free from gluten, soy, nuts, and refined sugar. 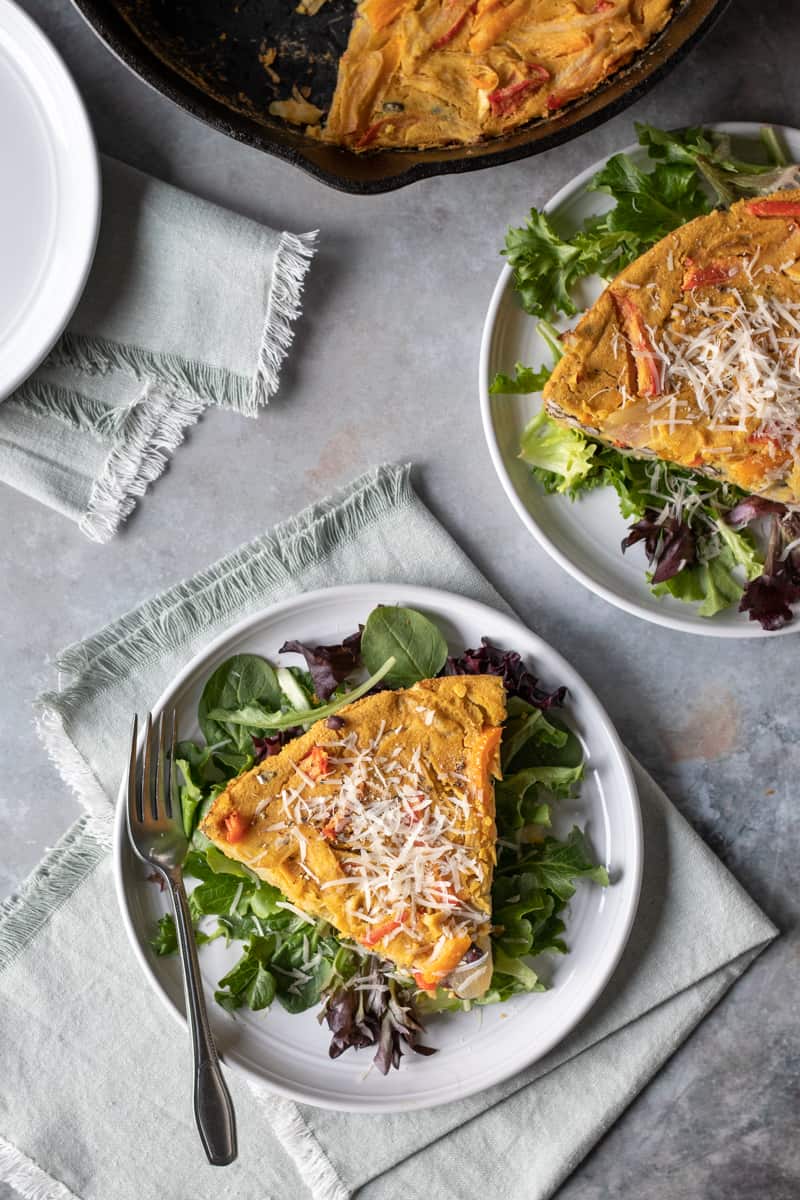 Today's recipe comes to us from Jackie Sobon's latest cookbook Plant-Based Meal Prep. This beautiful hard-cover book is full of practical tips, colorful photos, and mouthwatering recipes. So before we get to the recipe for this Hashbrown-Crusted Frittata, I want to share a few things I'm loving about Vegan Yack Attack's Plant-Based Meal Prep. 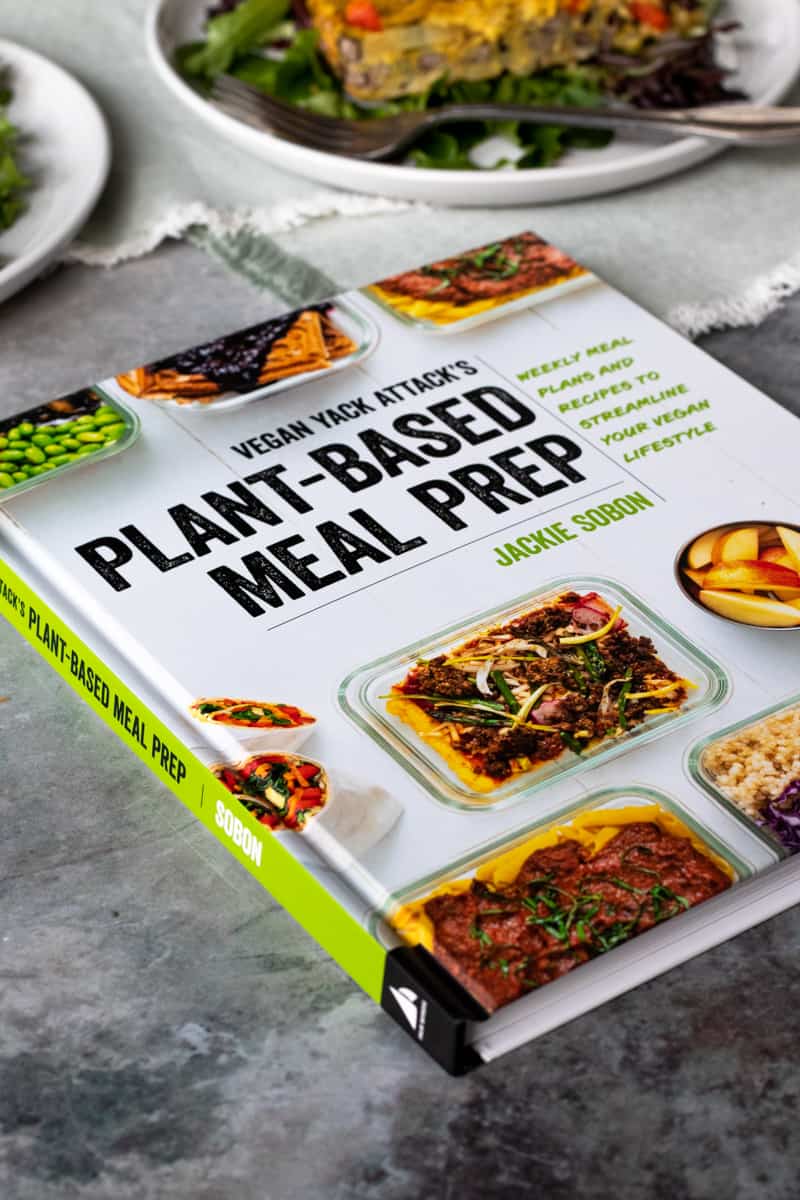 This might sound like an odd first thing to notice about a cookbook, but I LOVE the overall weight, size, and ease of handling this book. At around 170 pages, it's comfortable to hold and flip through, and it even lies flat when open. As someone who enjoys reading cookbooks like novels (yep, while lying in bed at night), lighter, more compact books like this are so refreshing!

Jackie's concise writing style is also perfect. When you think about it, meal prep is all about being efficient, right? Personally, I struggle with this, both in writing AND in weekly food prep, ha! So I think that's one reason I admire and appreciate it so much. The beginning of the book provides tips for getting organized and started with meal planning, and Jackie manages to tell you everything you need to know in such a clear way.

The next section is written with beginners in mind and provides five meal plans, each one with several entrees plus snacks. I really like that Jackie intentionally kept these weekly plans simple so that newbies don't feel overwhelmed.

The meal plans in the third section are geared more toward experienced home cooks who are tired of repeating the same meals over and over and are looking for new ideas. The recipes throughout the remainder of the book are mix-and-match, so you can really have fun trying new dishes each week.

Just some of the recipes I can't wait to try (there are so many!): 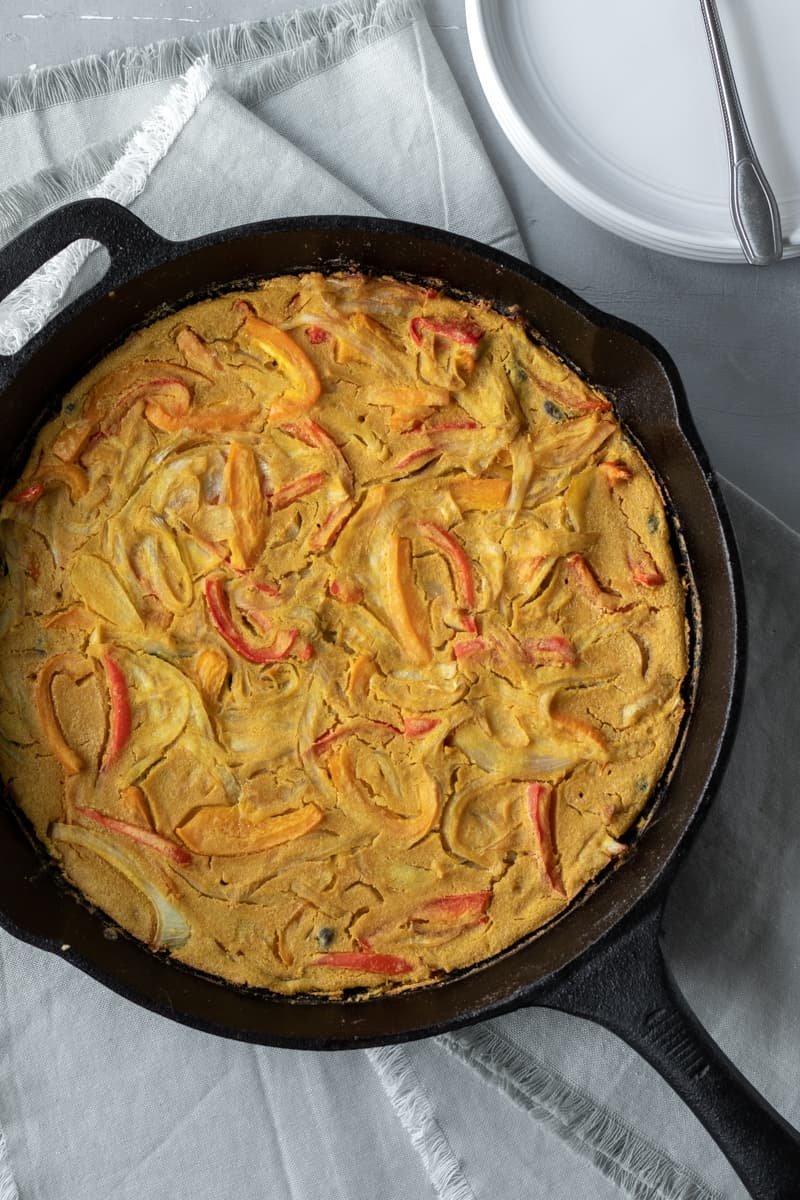 How to Make this Hash Brown-Crusted Vegan Frittata

I love that the same pan is used for the different stages of cooking. This might not seem like the simplest recipe at first glance, but it's actually pretty easy! Here's a summary to help you get a feel for the process (be sure to scroll all the way down for the full recipe)...

Let the frittata stand for about 20 minutes before slicing and serving. Or if you're storing it for later, wait 30 minutes before cutting it into four pieces. Then transfer to four storage containers and refrigerate.

With potatoes, beans, and veggies, this one-pan meal is totally satisfying. Serve it on a bed of fresh lettuce or with a side salad, and you're all set! 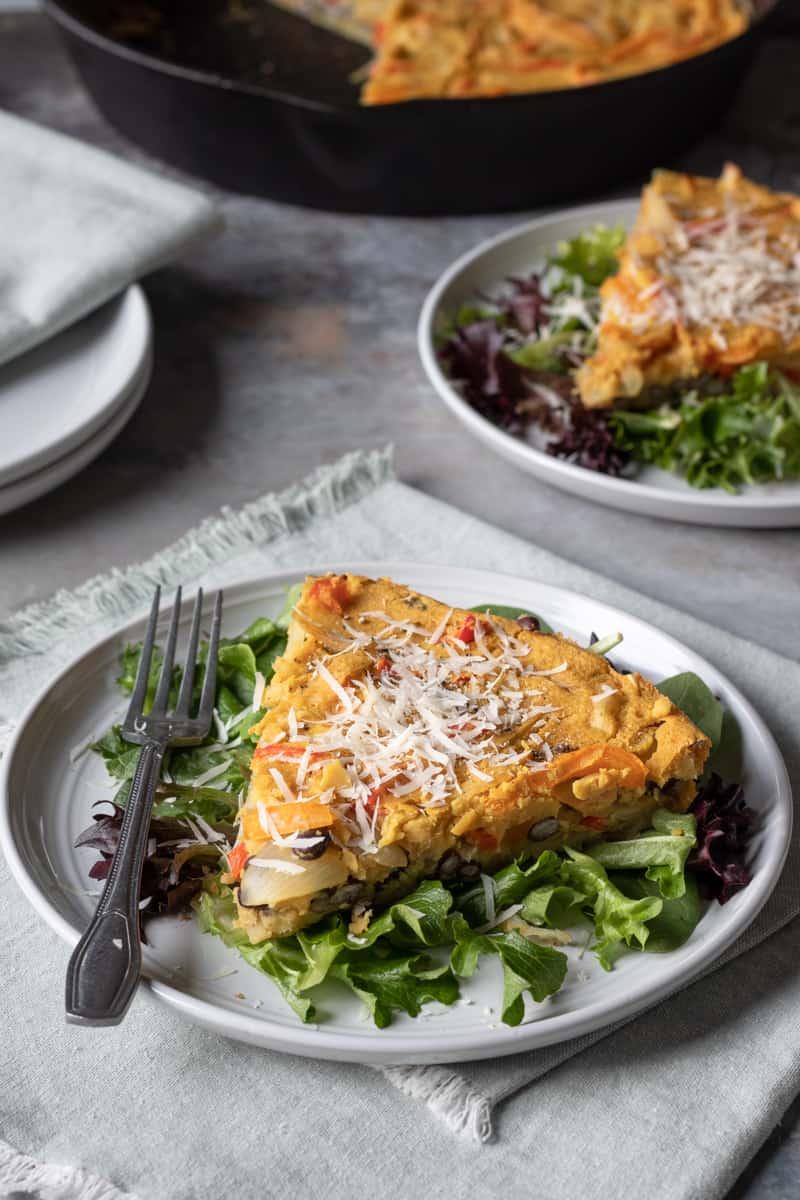 I hope you enjoy this Hash Brown-Crusted Frittata! If you try it I would love for you to come back and leave a comment below with your feedback and a star rating.

And be sure to grab a copy of Vegan Yack Attack's Plant-Based Meal Prep. I really think it will become an instant favorite, whether you’re planning meals for a family or just looking to make plant-based eating easier for yourself. 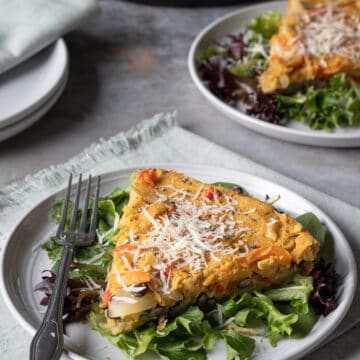 Author: Lori Rasmussen, My Quiet Kitchen
From Jackie Sobon's cookbook Vegan Yack Attack's Plant-Based Meal Prep, this protein-rich vegan frittata is made with chickpea flour, onion, peppers, black beans, and frozen hash browns. This recipe is free from gluten, soy, and nuts, and is also freezer-friendly!Equipment: a 9-inch cast iron or other oven-safe skillet is ideal for this recipe, but if you don't have one, you can brown the hash browns on the stovetop as instructed, then transfer them to a pie dish before assembling.Reprinted with permission from Jackie Sobon and Fair Winds Press, an imprint of Quarto Publishing Group USA Inc. © 2020
Servings: 4 servings
4.75 from 4 votes
Print Recipe Pin Recipe
Prep Time: 10 mins
Cook Time: 45 mins
Resting time: 20 mins
Total Time: 1 hr 15 mins