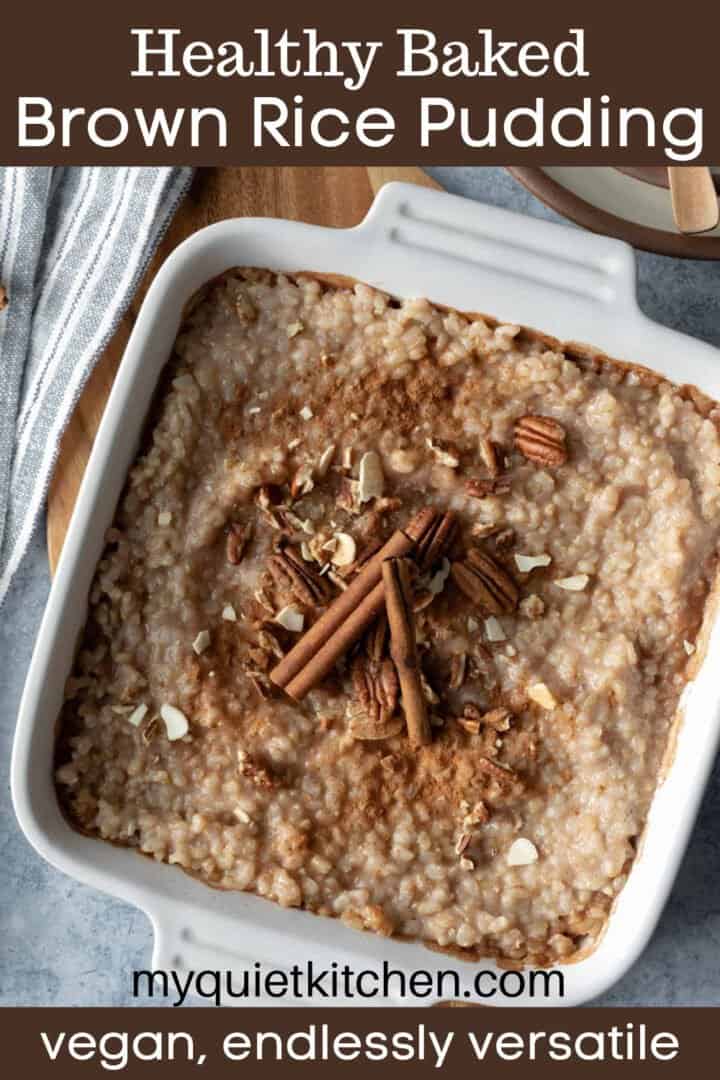 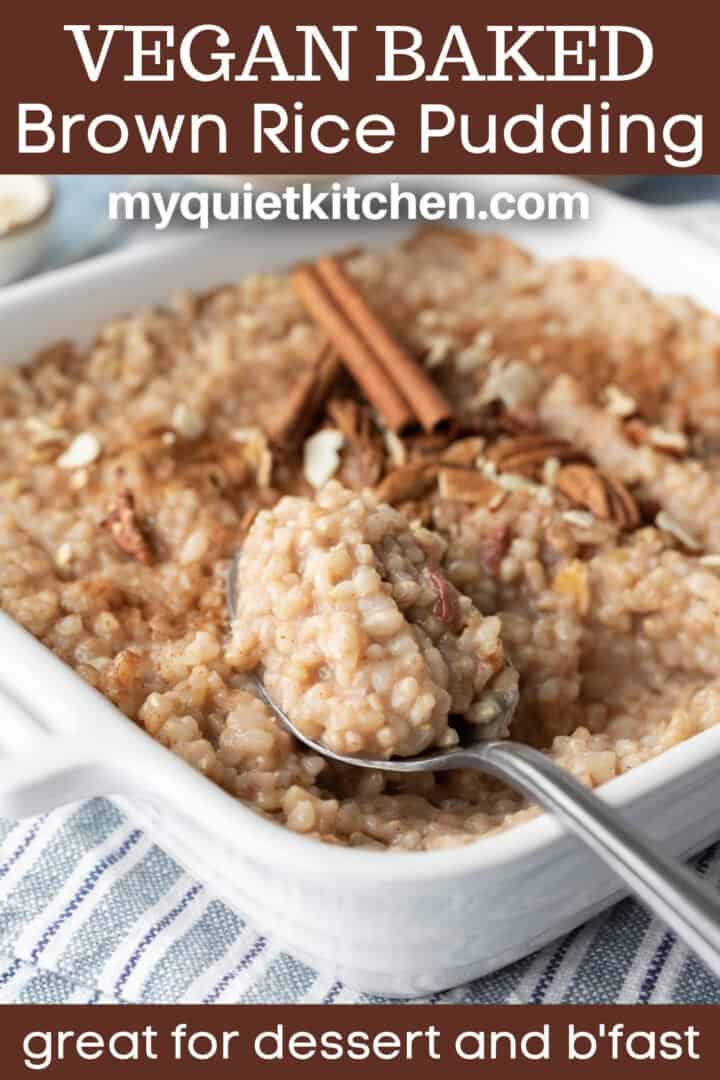 This baked vegan brown rice pudding is a healthier twist on the sweet and creamy classic dessert. With cinnamon, maple syrup, and raisins, it's also fantastic for breakfast!

It's versatile, too. Switch things up with different spices and toppings, or use white rice. And if you'd rather not turn on the oven, brown rice pudding can be simmered on the stovetop.

This amazing brown rice pudding recipe comes to us courtesy of Jenn Sebestyen, creator of the popular blog Veggie Inspired. This is one of the many recipes in her latest book, Plant-Based Diet Cookbook for Dummies.

I'm a huge fan of Jenn's, and I was super excited to get a copy of her latest creation! Jenn is known for her family-pleasing, approachable vegan recipes, and this new cookbook is no exception.

Not only is this book packed with more than 125 plant-based recipes, in true "For Dummies" fashion it's also full of valuable information about the benefits and how-tos of a plant-based diet.

With tips on navigating restaurant menus, meal planning, grocery shopping, and getting proper nutrition, it's a fantastic resource.

And for you veteran vegans out there, Plant-Based Diet Cookbook for Dummies is a great one to gift to friends and family who are curious about a plant-based diet.

I love that Jenn uses vanilla non-dairy milk in this dish. It really adds that extra layer of sweet and creamy vanilla goodness.

I'm also a sucker for maple syrup, and the ¼ cup used in this brown rice pudding rounds out the sweetness the perfect amount.

And with a generous amount of cinnamon, boy oh boy is your house going to smell amazing while this bakes!

While baked rice pudding isn't the quickest dessert in the world, it's actually surprisingly easy.

Then stir in a little more milk, and let the rice pudding cool for a few minutes. In the cookbook it recommends letting the pudding to rest for 1 hour before serving.

But if you want to enjoy it while warm you can certainly eat sooner. I know I couldn't wait an hour before digging in!

The first time I made the recipe I was pressed for time so I cooked the rice in the Instant Pot, which led to a drier, firmer brown rice. Don't be like me! Cook the rice on the stovetop exactly as Jenn says in the recipe! It's much creamier that way.

Also, I used a long grain basmati rice in my first batch because that's what I had in the pantry. For my second batch I decided to pick up some short grain brown rice which I think has a more classic rice pudding feel. But technically, you can use any type of rice you have on hand.

You can even use leftover rice, as long as it is plain and not seasoned with anything savory. You'll need about 3 ½ to 4 cups of cooked rice.

Since the Instant Pot rice I used in my first batch was on the drier side, the baked rice pudding ended up less creamy than I wanted. So I decided to increase the milk to 2 cups for my second batch. And it turned out great!

Store leftover rice pudding in an airtight container in the refrigerator for up to 5 days.

I haven't tried freezing this rice pudding yet but typically rice pudding is freezer-friendly. If you freeze some leftovers let us know in the comments below!

Grab your copy of Plant-Based Diet CookBook for Dummies, and if you try this vegan rice pudding be sure let us know in the comments below! 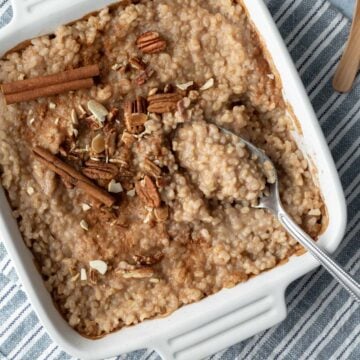 See the Variations section above for more flavor and serving ideas! Store leftover rice pudding in an airtight container in the refrigerator for up to 5 days. Enjoy warm or cold.